Our chosen Charity of the Year

Every year, here at Zodeq, we will be choosing a Charity of the Year; this is to both fundraise for some fantastic causes, but also get the entire Zodeq team involved in some great activities throughout the year whilst raising funds.

This year we have chosen to support the fantastic Countess of Chester, one of the UK’s 300 registered charities associated with the NHS. The charity aids in the funding of patient care by providing grants that support care and projects that aren’t covered by Government NHS funding. This fantastic work by the Countess Charity and similar charities across the UK, has amounted to an astounding £400 million contributed towards patient care each year*.

Our team will fundraise throughout the year by participating in a number of activities that will include:

As well as this we already have three dates in our diaries for events that will support the Countess Charity. On 16th September, we will be taking part in the Countess of Chester’s annual duck race along the River Dee. We have purchased our very own rubber duck that will race against countless others to raise money for charity. Following this on the 26th September the charity will be launching the ‘Memory Lane’ project for the elderly at the Mollington Banastre. We are also looking forward to rounding off 2017 at the Sportsman’s dinner on the 8th December, for which we have purchased a table for the team. 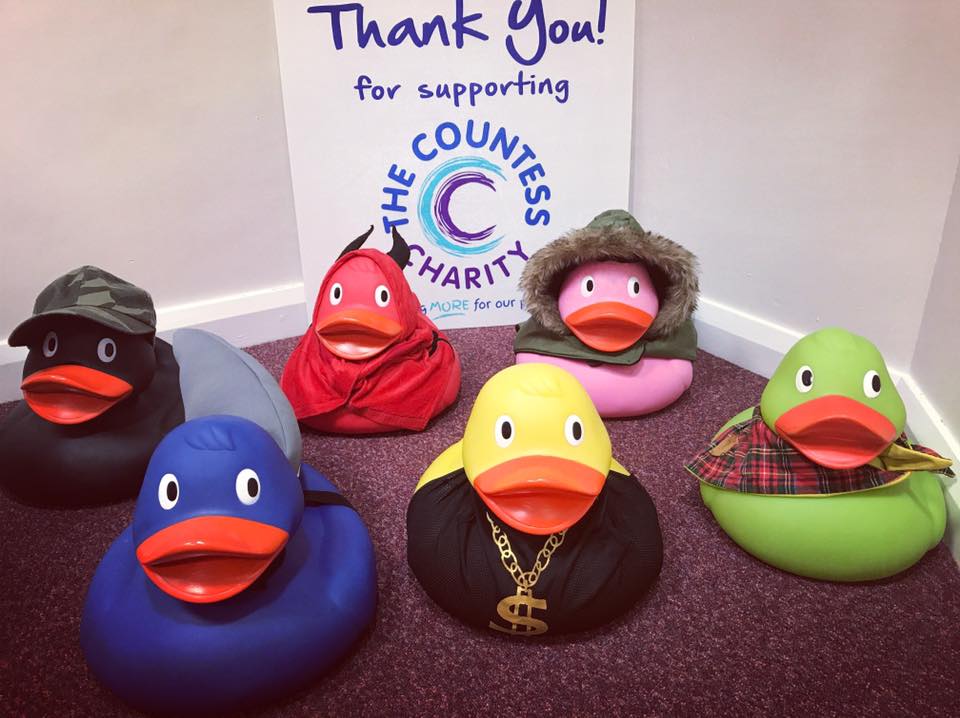 Our year will conclude in 2018 with a cheque presentation of all funds raised for the Countess of Chester.

Keep an eye on our fundraising progress throughout the year on our Twitter page.

We are using cookies to give you the best experience on our website.
You can opt out and read more here.

This website uses cookies so that we can provide you with the best user experience possible. Cookie information is stored in your browser and performs functions such as recognising you when you return to our website and helping our team to understand which sections of the website you find most interesting and useful.